What's in a Name?

Learn about the origin of our school's name in this video produced for Fairfax County Public Schools’ cable television channel Red Apple 21.

The first Herndon High School building was destroyed by fire in January 1927, and was quickly replaced. The new school had 12 classrooms and an auditorium, and cost $45,000 to construct. Three separate outbuildings, one for home economics classes, one for agriculture classes, and a gymnasium, were constructed behind the school around 1930. During the 1930-31 school year, 71 students were enrolled in Herndon High School.

A School of Many Firsts

1935: Our Student Government Association was formed.

1945: Our first yearbook was published. It was hand-drawn.

1945: Our first football team was organized, and played its first game against Leesburg High School. Our school colors and mascot were the same as they are today.

1946: The first high school band in Fairfax County is formed at Herndon.

1953: Our Girls Basketball team had its first perfect season.

1958: The first Field Hockey and Girls Softball teams were formed.

1963: Herndon competed in It’s Academic for the first time.

When Herndon High School first opened, both elementary and secondary school classes were held in the same building. In the early 20th century, elementary school in Fairfax County consisted of grades one through seven, and high school consisted of grades eight through twelve. In 1953, a large addition was constructed next to the 1927 school building. The new building housed students in grades eight through twelve and the old building housed the elementary grades until 1961 when Herndon Elementary School opened on Dranesville Road. Herndon Intermediate School, also founded in 1961, moved students in grades seven and eight into the 1927 building, and for the next six years Herndon High School operated out of the 1953 facility. 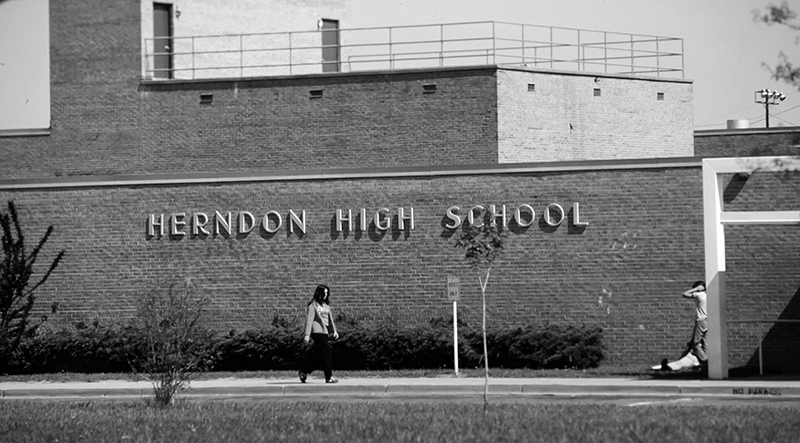 1968: Herndon becomes the first school in Fairfax County with a soccer team, and the Boys and Girls Gymnastics teams are formed.

1984: The first NJROTC program in Fairfax County begins at Herndon High School and 90 students are enrolled.

1988: Boys Lacrosse begins as a sport and the SAGA Club begins.

1994: Girls Lacrosse begins as a sport, the Step Team begins with 15 students, and our first major building renovation was completed.